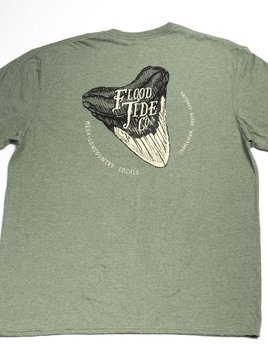 A mighty long time ago, there were some pretty rough customers swimmin’ in the Sanibel seas. One of the roughest was surely the Megalodon—a giant-toothed Leviathan of a shark. Inspired by those who love to hunt for shark teeth and other fossil remnants, c 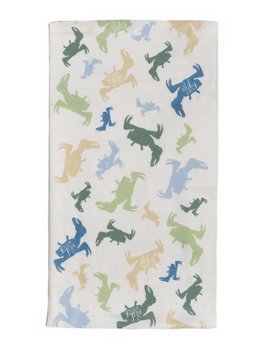 It sure is hot out there! So don't just sit there cookin' when you could be sizzlin' in some sweet Flood Tide Co. solar protection! Perfect for a day on Sanibel! 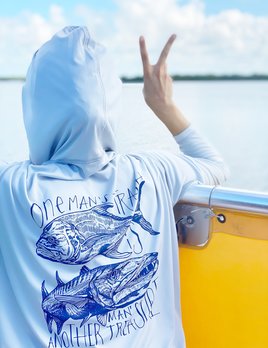 "One man's trash is another man's treasure" is a great shout-out to those often overlook fish that put up a great fight but maybe aren't as pretty or as edible as some other fish out there in the wide open sea. 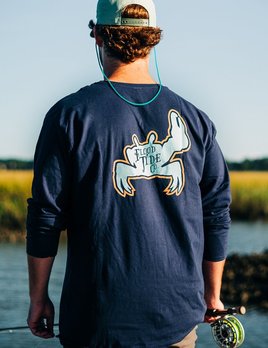 Taking a cue from the beer lights in juke joints, honky-tonks and old school fish camps we’ve encountered on the road—from the Republic of Tejas all the way ‘round the bend to North Cackalacky—our Neon Fiddler T-Shirt is a little bit country, a little bit 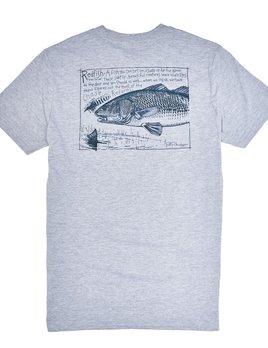 Legend has it that Helen of Troy had a “face that launched a thousand ships...” Well, we ain’t trying to start a war here, but we think the redfish has an equally epic face—one that has launched a few thousand skiffs. Puckett’s Journal Series takes a page